First dates can be nerve-wracking. You already have plenty to worry about, from picking what to dress to making sure you don’t end up disappointing your date. Making a mess of dinner or having your food make you feel even more uncomfortable than you are already, is the last thing you want to worry about.

Zoosk surveyed over 7,000 singles to learn more about the relationship between food and dating. There is a popular saying, “We are, in many ways, what we eat.” Food preferences do have an impact on how we relate romantically with one another. And, for the most part, every time food and romance collide, it’s a win-win situation. This led Zoosk to have a survey.

Zoosk Survey Reveals What Singles Should Order on a Date

This is what they found:

Thanksgiving is the favourite holiday

It is unquestionably Daters’ favourite culinary holiday. Thanksgiving was voted the finest holiday dinner by 58 per cent of singles polled. Christmas came in second with 25% of the vote, and Easter came in last with only 2%.

Vegetarians are not shamed

The most popular profile food is guacamole.

Those that cited “guacamole” in their profile received 144% more messages, according to a study that looked at nearly 3.7 million dating profiles and 364 million first messages. The survey concluded that Potatoes came in second with 101 per cent more messages, sandwiched between guacamole and chocolate as chocolate secured the third position.

The Worst Foods to Mention in a Profile are Fried Chicken and Yams.

According to the Zoosk survey, the people agreed by 34% for putting chocolate strawberries at the first place. Wine and cheese came in second with 28% of the vote. Zoosk says that there is no need to get too fancy with caviar, which came in last on the list at 1%.

Foodies are looked up at

According to the poll, profiles with the phrase “foodie” receive 82 per cent more inbound messages, while those with the word “chef” receive 26 per cent more. So if you truly enjoy innovative restaurants then make sure you have all the knowledge of the current food trends.

On a date, the most popular cuisine to order is seafood.

According to the survey, seafood was voted the most popular date-night dish by 19 per cent of online daters, with steak coming in second at 18 per cent. Whereas, Sushi came in fifth place with 8% of the vote.

Fast food is not always a good idea

The survey also found that when a date suggests a fast-food restaurant, 59 per cent of women have an unfavourable impression of their date, but only a quarter of men have the same impression. Going on a first date to a fast food restaurant is an automatic deal-breaker for 10% of women.

Alcohol is demanded by singles

According to the Zoosk survey, singles are 72 per cent more likely to drink alcohol. It’s harder to date if you don’t drink, according to 32% of non-drinkers. According to the survey, 10% of people acknowledged pretending to drink on a date. 86 per cent of drinkers say they would date someone who drinks alcohol but not if they didn’t.

According to a Zoosk survey, food plays a significant role in online dating profiles. Daters who mention “guacamole” in their profile receive 144 per cent more messages. Nearly one-quarter of daters believe that eating Buffalo wings or ribs on a date is a bad idea. The most tempting food is chocolate-covered strawberries, followed by wine and cheese.

Talking about Fast Food establishments, men believe they are inexpensive, good, and simple to please. Whereas, most women think off if their date brings them to a fast-food restaurant. I would suggest ladies judge them quietly, but also give them a chance.

I hope you find this helpful and get your answers.

7 Better Cities to meet Singles during the Atlanta, Georgia (Our Favorites) 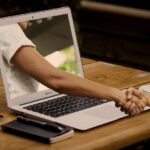