Is the profile Real or Fake on Zoosk? – Explained

It is one common issue ever since interaction platforms were introduced on the web. Zoosk is not an exception to this as all sites similar to Zoosk suffer from them.

The problem has been going on endlessly as both apps and users pull down the fake ones whenever they spot them.

Running a dating site is no ordinary stuff and filled with challenges on its own. To add to the woes are the scammers who can only create problems.

With this backdrop, this article would let you know how to identify “Is the profile Real or Fake on Zoosk”.

It should be mentioned here that the methods mentioned here are not a hundred percent effective. On the other hand, if these methods, when employed, point to something suspicious, it’s best to follow it up and determine the truth.

Every dating app cannot be cast into one row and labeled as something all similar.

Tinder is more inclined towards Hook-ups, and women empowerment is the central theme in Bumble. Zoosk went one step more and took it international. You can filter country by country and arrive at your perfect companion.

Besides the fact that Zoosk has 40 million members worldwide, they have a significant split between male and female members.

Is the profile Real or Fake on Zoosk: Signs To Understand the profile

Zoosk convenience’s profile making. They offer a free trial period, and that would be sufficient to create an attractive profile with all information about yourself. Thus the threshold to enter is vast, and there are hardly any barriers. Given such a condition, fake profiles are bound to be high.

There is no doubt that hot boys are looking for hot girls, and Zoosk is the perfect hunting ground. The immediate attraction is photos. Scammers and miscreants play havoc on the genuine members of Zoosk mentally. They would post these photos of sizzling models in close-ups and other attractive poses even though they appear doing work at home, which would be enough for the singles in Zoosk.

You can suspect them to be fake as the photos would be extremely professional and not the homely ones. All one has to do is copy this image and search on the web for matching ones and engage in a reverse search. The photo would appear elsewhere, and you know the one in Zoosk is a fake profile.

It does not take a lot of literary capacity to write about them in Zoosk. Apart from posting a photo or two, they would write a sentence or two that would hardly convey anything meaningful to the reader. Such actions tell two things. The profile is fake or not interested in results.

Zoosk claims that more than three million messages run between their forty million members or users. Such high volumes are indeed possible, but the suspicion also arises on whether others also generate fake messages.

Messages that are erroneous in language and grammar may find their way to you. Everyone may not know English in this world. Therefore one cannot disregard the message as threat or nonsense.

If the sender does not suit your profile, there are chances that this is a fake message.

2. Messages which seek your oyster in Zoosk.

Interactions that begin in Zoosk do get personal overtime and shift to mobiles. Texting also takes place.

It would be best to get suspicious when the person at the other end persists on email usage, insists on calls, or gets rid of Zoosk and chat on another platform. The chances are they might be a part of a scammer group.

It would be best if you were on your guard when the person on the other side of the dating app continues to sing their songs of how rich and famous they are. The truth is that you may be a person well endowed, and the other person is trying to set up a trap.

A few may exaggerate with harmless intent, but it’s better to avoid them too.

Be extremely careful with the person on the other side who keeps asking for your mail id and phone number.

They would flatter you by stating that you look good and you can exchange a particular type of photo via mail instead of Zoosk.

This could be the first sign of a fake person and has dis-Honourable intentions to cheat you. Unless you are convinced, never pass on your personal contact information.

It is time to conclude it here. I have mentioned all the details about fake and real Zoosk profiles. If you have any more queries related to it, feel free to comment below. 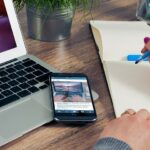 How to Remove Your Profile from Zoosk? Step By Step Guide 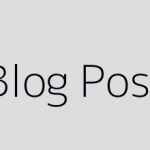 The Only How to Delete Your Zoosk Account Permanently Resources You Will Ever Need?