Is Bumble Just A Hookup App? Or Is It For Serious Dating?

According to a survey, the hookup era is ended. These days users are eager for meaningful interactions in whatever form.

Most of the users of dating apps are saying loud and clear that they’re absolutely burned out on terrible connections in an era of continual communication, consumption, and networking.

In this article, I will tell you whether or not Bumble is a hookup dating app or is it for something more serious.

Is Bumble just a hookup app?

Bumble is a dating app that focuses on creating connections rather than hookups. The company, which was created by a woman, would never advertise itself as a hookup dating service. If you’re looking for hookups, Bumble is a good place to look, but it’s not created specifically for that.

If you’re only searching for hookups and aren’t promoting it, you’re in for some trouble. Bumble is created with women’s safety, comfort, and autonomy in mind, especially on Bumble. So put on your feminist ally gear and practise emotional transparency!

Bumble users want commitment. 85 percent of Bumble users want to marry or have a boyfriend or girlfriend. Bumble has a low hookup rate, with only 4% of men and 1% of women looking for a hookup. Every day, new connections are made: In the last month, 25% of Bumble users went on a first date with somebody they met on the app.

Men are drawn to women who initiate contact: “Women making the first move” was cited by 63 percent of men as a factor in their decision to utilise Bumble. Bumble women are fearless first-movers: In recent month, 97 percent of people have messaged their matches.

Bumble is just for dating?

The short answer is NO. You can utilise this app to look for love, sex, and food on the internet.

Bumble BFFs, a variant of the app aimed at finding true friendship rather than love, was released in 2016. Bumble isn’t just for dating, with BFF and Bizz modes accessible on the app. On the platform, you may also look for friends, work, and mentors.

It’s not just for same-sex connections, according to Bumble, but also for LGBTQ and mixed-gender friendships. They claim this is to prevent abuse of the feature, but given that the site also has a dating section, it seems like a miscalculation.

Last but not least, Bumble Bizz. This is yet another Bumble mode, this time for business networking. It is open to both men and women, but for firms and recruiters looking for a woman to fill a position, there is a women-only filter.

Can I use Bumble for hookup?

Yes, you can use it for a hookup if you and your match both are looking forward to something more casual than serious. But as I always say, communication is the key to knowing things; you cannot assume whether or not your match wants to hook up with you.

Bumble can be used for pretty much anything, so it’s a fantastic place to look for a committed relationship if that’s what you’re looking for. In reality, the firm is working hard to avoid being characterised as a hookup app and to promote the notion that users are looking for love. They offer icebreakers and a ‘your turn’ function to nudge matches that aren’t cooperating.

If you’re new to dating apps or haven’t used them in a while, you might be curious about the various applications and the functions they serve.

I hope, you might have got the answer of, “Is Bumble merely a hookup app?”. If this was helpful the let me know in the comments below.

Is Bumble A Safe Dating App? 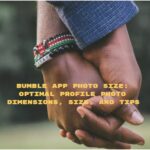