Dating Apps Free? The Surprising Truth Behind It

Wait! It’s not what you think! Hold on, just hear me out.

It seems that every day, a new dating app comes out with the promise of helping us find our soulmate or at least our next date. And while there are plenty of dating apps to try, most won’t live up to the hype.

However, this doesn’t mean you have to give up and resign yourself to being alone for the rest of your life; it just means you have to be smarter about who you choose and what you expect from them.

In this blog, I’m going to reveal the truth behind the free dating apps.

When you’ve spent countless hours swiping and chatting, it can be difficult to see the wood from the trees. The good news is that there are, in fact, plenty of free dating apps out there.

There’s a catch, however: free dating apps will have a limited array of features at their disposal. While some premium features like extra filters and messaging capabilities are only available for paying members, some are open to all.

For example, with an OkCupid membership, you can do things like boost your profile visibility and search for users in other locations. However, with the basic version of the app, you can still get matches as well as send and receive messages.

Dating apps are not just useful for people wanting to find “the one.” Some sites like Plenty of Fish and Badoo pride themselves on being more than just dating platforms; they’re also places where users can make friends, discuss topics they’re passionate about or even seek professional advice if they need it.

What is the Surprising truth behind free dating apps?

So, why are dating apps free? There are several reasons for this. First of all, the price alone is what attracts users to them. Most people don’t want to pay for a dating app, so it makes sense that these companies would make theirs free. Free apps can entice more potential customers because they see that the user doesn’t have any cost associated with using their platform.

Another reason why these platforms make money off of you without charging a fee is through advertising revenue – so if there are ads on their site or app page then chances are it’s not actually free! They might even sell your information to other businesses who will use it as part of their marketing campaign and target specific ads at you based on what they know about you from tracking things like where you live and how much time spent on certain sites etcetera…

This kind of data gathering process may seem creepy but has been happening since before social media existed as well as many other types which aren’t necessarily obvious unless someone tells us explicitly what they’re doing with our personal information such an example could be when Facebook changed its privacy policy back in 2009 which allowed them to access the text messages sent between friends without telling anyone ahead that they wanted to access, too many people felt betrayed over this issue because they didn’t give consent first nor were given any warning before receiving texts from Facebook regarding changes made; however there really wasn’t much recourse we could take since we had already accepted those terms when signing up for service originally!

How do these free dating apps make money? The surprising truth about it.

So how do you make money from dating apps?

Is it good to use free dating apps?

Also, there’s no commitment. If it doesn’t work out with one person, you can easily connect with another person. Yes, there are risks involved and it’s important to stay safe and smart when interacting online with people you don’t know very well (yet). But remember safety first!

How to make them work?

If you’re looking for a hook-up or a fling, say so. If you’re looking for a real relationship and/or marriage, say that too. Don’t be afraid about what others might think of you and don’t lie about how you feel just to get people to like you. Being honest will help the right person come along who’s compatible with what you want in life.

Don’t expect it to happen overnight—it may take weeks or even months before someone comes along that makes your heart skip a beat or gives you butterflies in your stomach. Don’t get discouraged if things don’t work out right away—keep putting yourself out there and eventually, it’ll happen!

While some sites list preferences based on race and/or religion, don’t let these factors hold you back from meeting someone special! I have plenty of friends who met their significant others online and would have missed out on that wonderful experience had they not given online dating a try (including me!). For the most part, people tend to be themselves online so it’s easier than ever now to see what type of person they are before going on an actual date with them.

It will save both of your time by being upfront about what exactly you’re looking for right off the bat! If the person doesn’t match all your requirements (like location), then at least they know where they stand before making plans to meet up with them again in person or exchanging phone numbers via text message later on down the road when one of them moves cities for school or work purposes (happens more often than we think).

You won’t waste any time if both parties aren’t interested; but rather move on to something new instead without feeling like there was anything wasted here because nothing really even happened at all except that first initial introduction which could lead somewhere else

what are the best dating apps?

Among the younger crowd, free dating apps do not immediately come to mind when asked about dating apps. Tinder or Bumble is usually at the top of everyone’s list. These two apps have a lot of similarities, including their user interfaces, and both offer free versions of the app. However, Bumble is more similar to OkCupid in that it allows users to complete a profile and search for matches based on other users’ profiles.

Both sites allow people to browse other members before signing up for the service. When you sign up for an account with one or both of these services, you will be able to browse through personal profiles and search for your ideal match using various criteria such as age, gender, and location.

In addition to these two popular sites, there are also many dating apps available online that focus on young people specifically such as Happn and OKCupid. These sites generally charge monthly fees but offer premium features like premium member searches and exclusive message boards where users can interact with each other privately without being interrupted by ads from companies looking to sell their products or services through ads on these sites (which they do).

Now you know which dating apps are available for free, but should we use them?

Well, first of all, I must warn you that using any dating app is better than using none at all. However, as a general rule of thumb, you will get what you pay for.

It’s also advisable to consider how much time and effort you’re willing to put into your search. If your budget is limited, then it would be wise to stick with the free version until a paid version becomes available. But if money isn’t an issue, then there are plenty of other options available!

So while it might not be possible to find love online without paying anything upfront (unless we’re talking about Tinder), there are still some ways around this problem by utilizing free dating apps and websites. 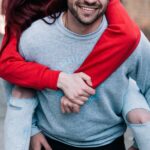 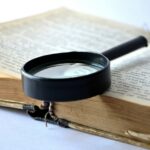 POF Username Lookup: Find Out Who is Hiding Behind the Screen name